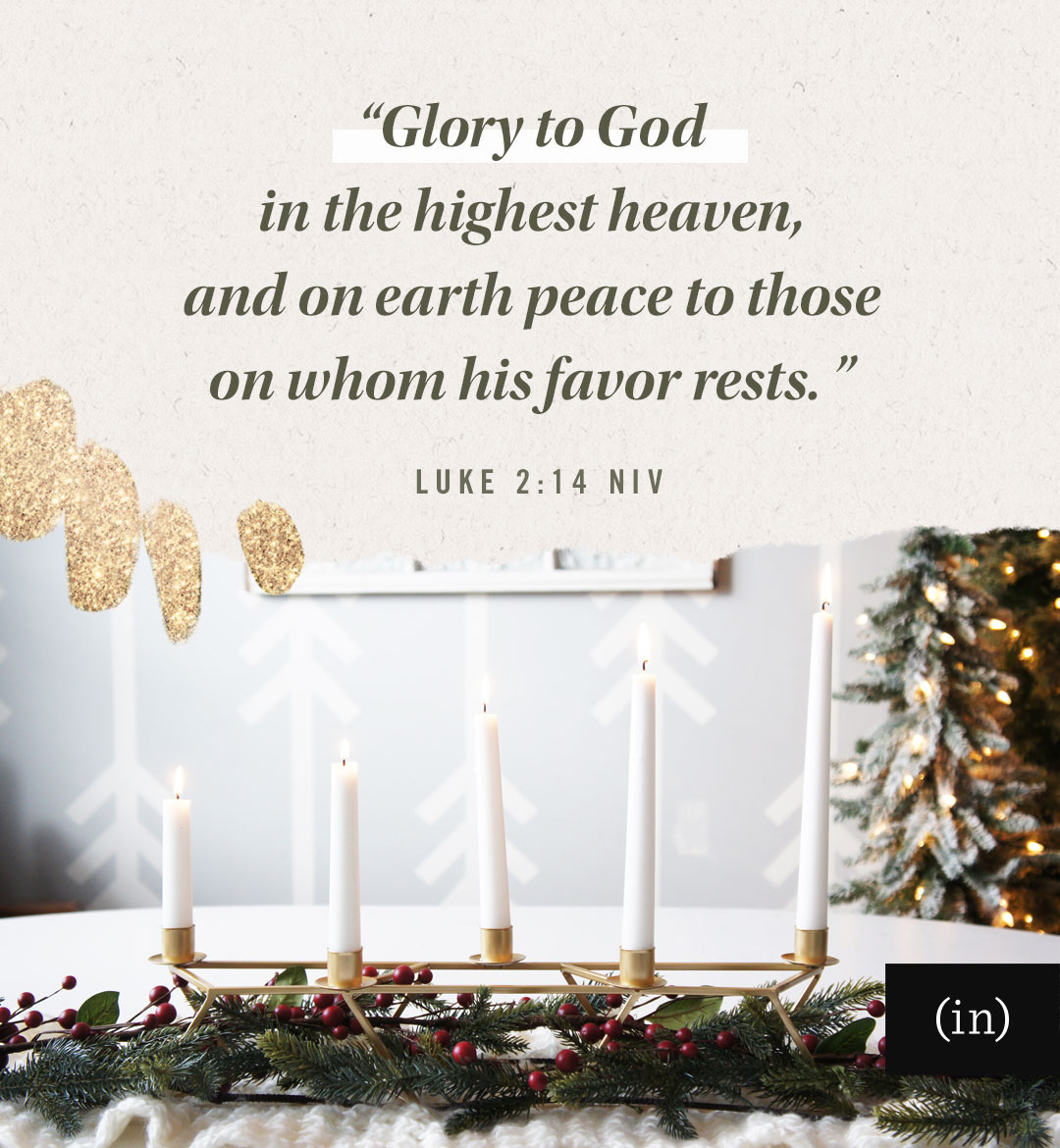 On this Christmas Day, we invite you to take a journey with storyteller Sherri Gragg as she leads us in a meditation of what Christ’s birth might have been like. This story is likely not the version you are accustomed to, but regardless of the details, we pray that your heart will be led to celebration and worship of our humble, miraculous Savior! Merry Christmas!

Glory to God in the highest heaven, and on earth peace to those on whom his favor rests.

When the angels had left them and gone into heaven, the shepherds said to one another, “Let’s go to Bethlehem and see this thing that has happened, which the Lord has told us about.”

So they hurried off and found Mary and Joseph, and the baby, who was lying in the manger. When they had seen him, they spread the word concerning what had been told them about this child, and all who heard it were amazed at what the shepherds said to them. But Mary treasured up all these things and pondered them in her heart. The shepherds returned, glorifying and praising God for all the things they had heard and seen, which were just as they had been told.
Luke 2:14–20 NIV

The rising sun breached the horizon behind the shepherds. The walls of Bethlehem were bathed in pale, silvery light. The men quickly made their way inside the city, then paused with uncertainty. The streets were as familiar to them as the rooms of their own homes, but which house held the Messiah?

They clustered together for a moment, trying to remember which families were expecting babies. Just then the midwife, her birthing stool hooked over her arm, rounded the corner.

“Ah!” Zachariah said with delight. “Do we have a new baby in Bethlehem?”

“We do!” she responded. “Young Joseph’s wife, Mary, gave birth to their first child just a few hours ago. A son!”

“Of course!” Judah exclaimed. “They came to town for the census. The wife was due to deliver a baby at any time.”

A few minutes later, the shepherds stood before Joseph’s family compound. Zachariah stepped forward and called into the courtyard.

A moment later, the door to the home directly across the yard opened and Joseph stepped outside, wincing into the bright morning sunlight.

“Welcome!” the weary young father said as he motioned the shepherds forward. Zachariah led the way across the yard to where Joseph stood waiting for them.

“Joseph, we understand your wife has given birth to a son,” he began as the other men hung back nervously.

“Yes!” Joseph said proudly. “He was born just a few hours ago.”

Zachariah cleared his throat, took a deep breath, and then explained why he and his friends had come.

“We were in the fields watching the sheep at that same hour,” he said. “Suddenly an angel appeared in our midst, his robe shining as brightly as the sun. He said he came to bring us wonderful news that would be a source of joy for all people.”

Joseph’s eyes grew wide as the old shepherd continued. “The angel said the Messiah had been born right here in Bethlehem! He told us that we would find Him swaddled in cloths like a peasant child and lying in a manger. Then, the sky above us was filled with angels singing praises to God. They sang, ‘Glory to God in the highest heaven, and on earth peace to those on whom His favor rests’” (Luke 2:14).

“Is it true, Joseph?” Zachariah asked, his voice breaking. “Has Messiah truly come at last… as one of us?”

Joseph’s eyes filled with tears as he remembered his own angelic visitor many months before. The angel’s message had changed the young carpenter’s life. Joseph smiled and turned to open the door behind him.

The shepherds gathered in the entryway and paused to allow their eyes to adjust to the dim light inside. Joseph led the way into the stable on the lower level where Mary was resting on fresh straw beside a manger hewn out of stone. Joseph explained to Mary why the shepherds had come to visit. She nodded, her eyes crinkling in a smile above her veil, and motioned for the men to come closer.

Timidly, the shepherds approached the manger. A small bundle was nestled into the straw. The tiny baby’s cheeks were round and pink. A dark, feathery swath of hair encircled His head. As they watched, the child began turning His head to the side, stretching His mouth wide in search of His mother’s milk.

“What is His name?” Judah asked softly.

“Yeshua… The Lord Saves,” Zachariah whispered in awe. “And He is wrapped in cloths like a shepherd’s babe…”

The men stood silently for a moment watching the child. Suddenly Judah spoke. “This is a Messiah for everyone, even shepherds like us! It really is ‘good news that will bring joy to all the people.’ Come! We must tell people!”

With one last glance at the baby in the manger, the men turned to retrace their steps back to the fields, proclaiming the good news of Jesus’s birth to everyone they met.

“Messiah has been born at last! An angel appeared to us as we kept watch over our flocks. He said we would find the baby wrapped in cloths and lying in a manger like a peasant child. We have seen it with our own eyes! It was just as the angel said.”

As written by Sherri Gragg in Advent: The Story of Christmas. Connect with Sherri on Instagram and her website.

We’ve journeyed together through this ancient story for weeks, and now we’re here! Merry, merry Christmas. May your day be bright as you celebrate the Greatest Gift — the never-ending, amazing love of Jesus. He is our Wonderful Counselor, Mighty God, Eternal Father, and Prince of Peace, and He loves you dearly.

Like the angels and shepherds, we cry, “Glory to God in the highest!”

Merry Christmas, friends, from all of us here at (in)courage!

Like the angels and shepherds, we cry, 'Glory to God in the highest!'